Ministry of Justice set to give women more legal rights 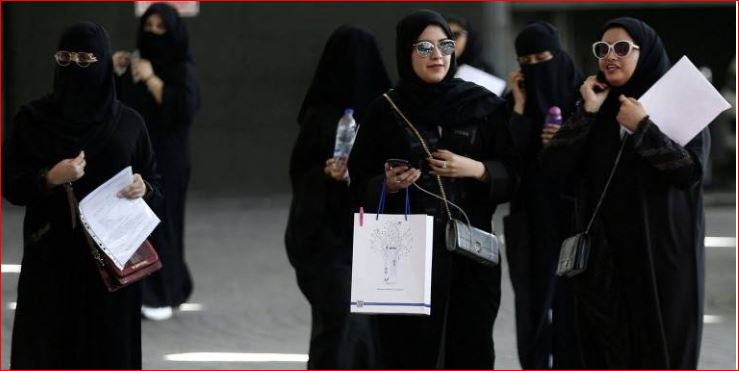 RIYADH — The Ministry of Justice intends to grant women more legal rights, especially with regard to marriage contracts, Okaz/Saudi Gazette has learned from well-informed sources.

The move follows the directive of the higher authorities to empower women and enhance their independence while choosing their life partners with explicitly pronouncing whether they are satisfied with their prospective life partners.

Jurists and legal experts said that the updated regulations of the ministry include provisions to allow women to be present during drafting of marriage contracts so that they could examine the terms and conditions and document their decisions with thumb impression, in addition to their endorsement of the contracts.

Dr. Qais Bin Muhammad Mubarak, former member of the Council of Senior Scholars, emphasized that the wife’s attendance while framing the marriage contract is her right if she wants to do so and that she has the authority to appoint a guardian specifically for that purpose.

“However, the guardian does not have the right to force her to be physically there. She has full freedom either to be present or not.”

He explained that marriage is a union between two parties based on consent. Its basic structure is the desire of the spouses to have permanent relationship between them, and hence the contract is primarily between husband and wife.

He revealed that wife’s consent is a condition for the validity of marriage, and majority of jurists ruled the imperativeness of the guardian’s presence, saying that this will help protect her rights on the part of her husband.

Dr. Issa Al-Ghaith, member of the Shoura Council, believes that woman’s real presence shall be ascertained, but some people prevent their daughters to be physically present during the framing of marriages contract under the pretext of customs and traditions.

Speaking to Okaz/Saudi Gazette, he said that there is no religious or legal objection to her attendance and she is entitled to examine it before signing it.

Al-Ghaith asserted that it is the duty of the marriage official to ask her personally about her willingness to sign the contract without any coercion. The official has to ensure that there is no forged signature of woman in the contract, he added.