From the CIA-orchestrated overthrow of Iran's prime minister in 1953, to tension and confrontation under President Trump, a look back over more than 65 years of tricky relations between Iran and the US. 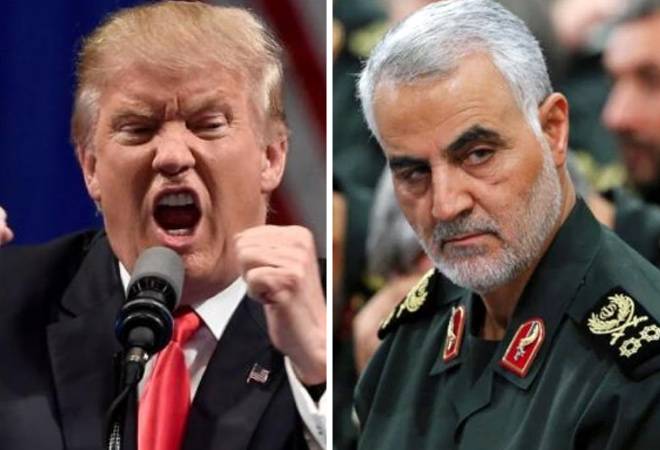 From the CIA-orchestrated overthrow of Iran's prime minister in 1953, to tension and confrontation under President Trump, a look back over more than 65 years of tricky relations between Iran and the US.

The US-backed Shah of Iran, Mohammed Reza Pahlevi, is forced to leave the country on 16 January following months of demonstrations and strikes against his rule by secular and religious opponents. 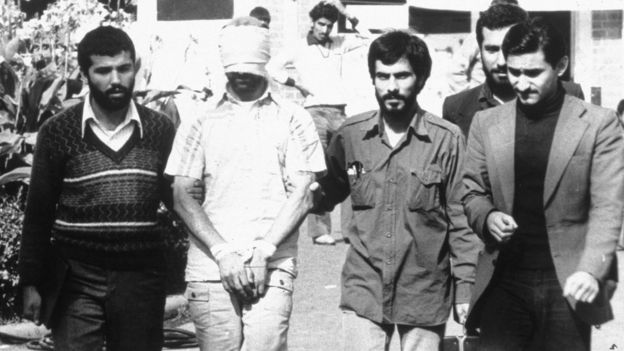 The US embassy in Tehran is seized by protesters in November 1979 and American hostages are held inside for 444 days. The final 52 hostages are freed in January 1981, the day of US President Ronald Reagan's inauguration.

Another six Americans who had escaped the embassy are smuggled out of Iran by a team posing as film-makers, in events dramatised in the 2012 Oscar-winning film Argo.

The US secretly ships weapons to Iran, allegedly in exchange for Tehran's help in freeing US hostages held by Hezbollah militants in Lebanon.

The profits are illegally channelled to rebels in Nicaragua, creating a political crisis for Reagan. 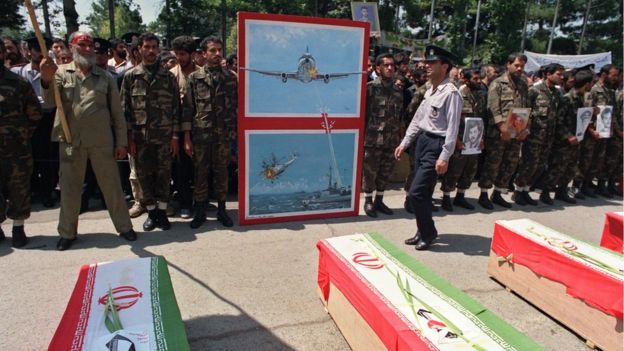 The American warship USS Vincennes shoots down an Iran Air flight in the Gulf on 3 July, killing all 290 people on board. The US says the Airbus A300 was mistaken for a fighter jet.

Most of the victims are Iranian pilgrims on their way to Mecca.

In his State of the Union address, President George Bush denounces Iran as part of an "axis of evil" with Iraq and North Korea. The speech causes outrage in Iran.

In 2002 an Iranian opposition group reveals that Iran is developing nuclear facilities including a uranium enrichment plant.

The US accuses Iran of a clandestine nuclear weapons programme, which Iran denies. A decade of diplomatic activity and intermittent Iranian engagement with the UN's nuclear watchdog follows.

But several rounds of sanctions are imposed by the UN, the US and the EU against ultra-conservative president Mahmoud Ahmadinejad's government. This causes Iran's currency to lose two-thirds of its value in two years.

In September 2013, a month after Iran's new moderate president Hassan Rouhani takes office, he and US President Barack Obama speak by phone - the first such top-level conversation in more than 30 years.

Then in 2015, after a flurry of diplomatic activity, Iran agrees a long-term deal on its nuclear programme with a group of world powers known as the P5+1 - the US, UK, France, China, Russia and Germany.

Under the accord, Iran agrees to limit its sensitive nuclear activities and allow in international inspectors in return for the lifting of crippling economic sanctions. 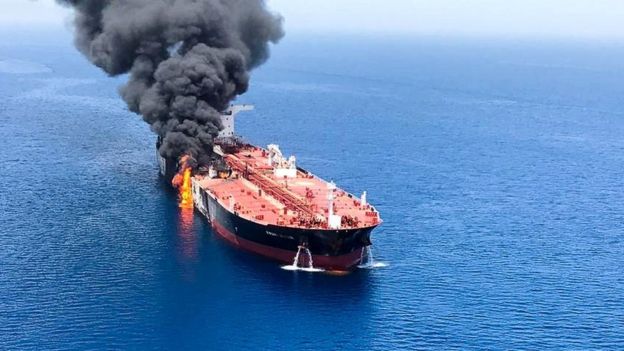 In May 2018, US President Donald Trump abandons the nuclear deal, before reinstating sanctions against Iran and countries that trade with it.

Relations between the US and Iran worsen. The US sends an aircraft carrier strike group and B-52 bombers to the Gulf because of what it calls "troubling and escalatory indications" related to Iran.

Then, in May and June 2019, explosions hit six oil tankers in the Gulf of Oman, and the US accuses Iran.

And on 20 June, Iranian forces shoot down a US military drone over the Strait of Hormuz. The US says it was over international waters, Iran says it is over their territory.