UAE will celebrate its remarkable journey over the last 50 years and begin preparing for the next 50. 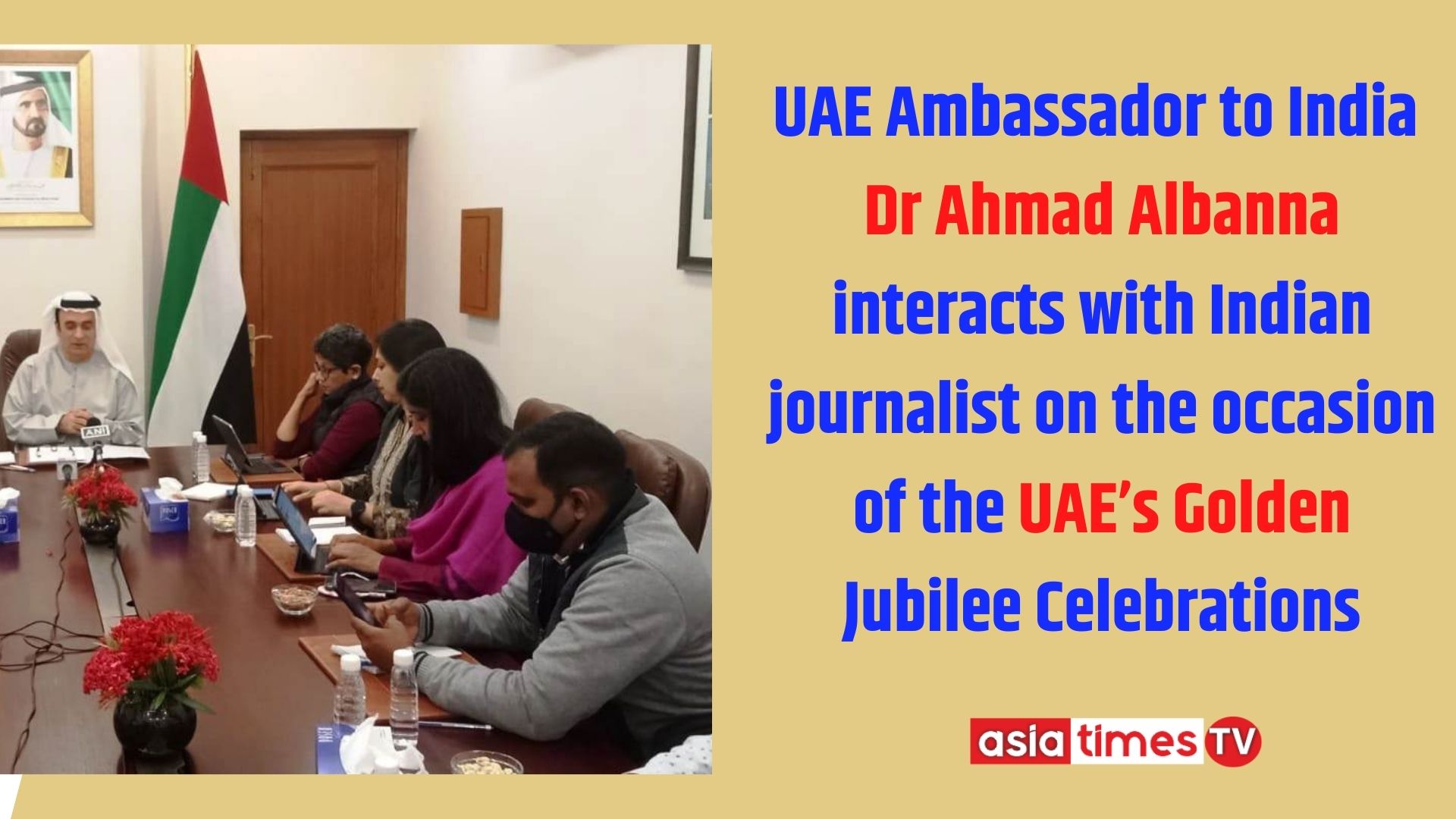 New Delhi : The Ambassador of the United Arab Emirates to India Dr Ahmed Albanna interacted with the group of Journalists at the Embassy in New Delhi on 24 November 2021.

During his interaction, he talked at length about UAE celebrating Golden Jubilee of its formation.

Ambassador Albanna said that His Highness Sheikh Khalifa bin Zayed Al Nahyan, President of the UAE announced 2021 as the ‘Year of the 50th’ to commemorate 50 years of the UAE’s formation in 1971.

From 6 April 2021 until 31 March 2022, the UAE will celebrate its remarkable journey over the last 50 years and begin preparing for the next 50.

He said that the UAE has achieved significant milestones since the announcement of the union in 1971. UAE’s development over the past five decades has been amazing and emerging as one of the fastest-growing economies worldwide.

The UAE Ambassador to India said that, the UAE since its formation has witnessed impressive economic and urban revolutions, crowning the country as one of the leading touristic destinations and investment hub, both regionally and internationally.

He added that the great far-sightedness of the UAE’s leadership has set a bench mark what the UAE accomplished in terms of social upliftment of citizens and residents, economic growth, advancements in technology, space and education sectors.

The UAE Ambassador said that, the UAE is embarking on a journey of new milestones and accomplishments particularly in the field of global scientific research and space exploration. The UAE has achieved excellence in harnessing space technology in the service of mankind. The Launch of the UAE Space Agency and sending first Arab spaceship to Mars are major achievements in this sector.

He said that the status of women in the UAE has flourished in parallel with the country’s growth since the federation was established in 1971. It is evident across the UAE that women today constitute a vital part of the UAE’s workforce and actively contribute to the country’s growth and development.