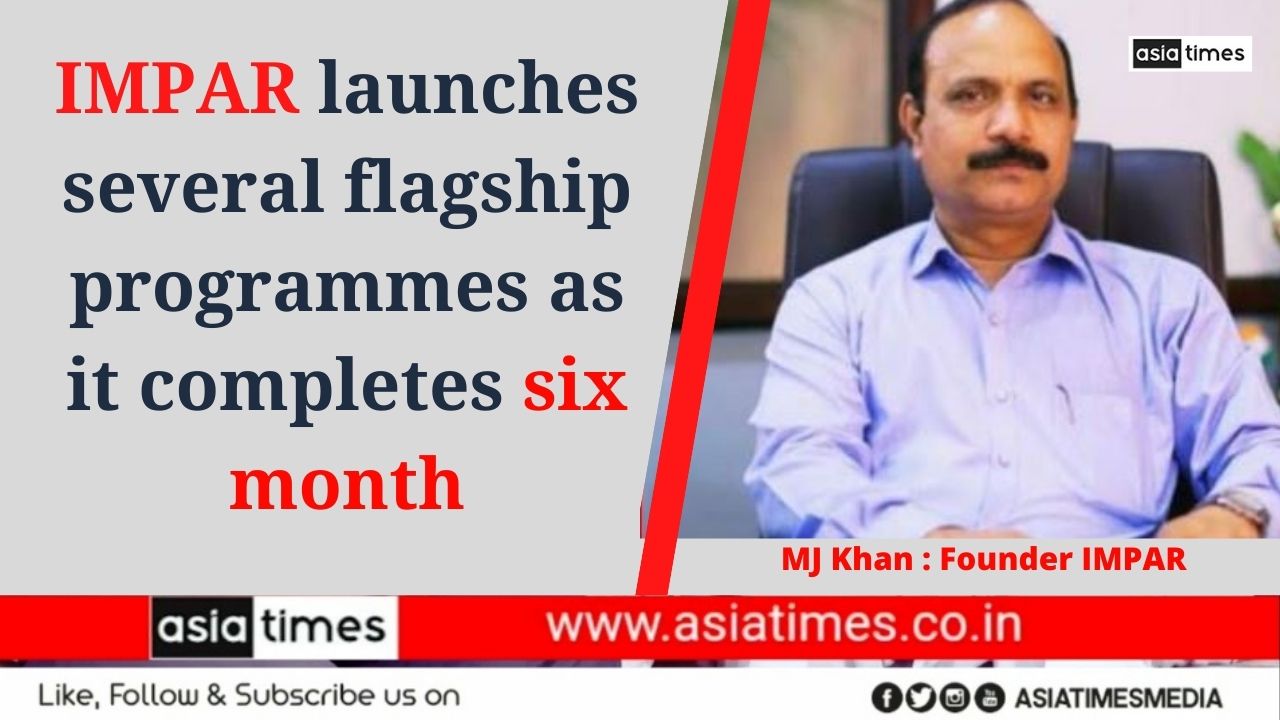 New Delhi: IMPAR (Indian Muslims for Progress and Reforms), a global body of prominent Muslims in various fields, has expanded and strengthened its structure as it completes six months of its inception.

‘’It has been an eventful journey during the past six months and the newly created organisation has achieved remarkable success during this short period,’’ chairman and convenor of IMPAR MJ Khan said here.

The six months achievement booklet of IMPAR was launched and updated brochure was released, followed by an interactive session on IMPAR’s future working agenda.

People with different area of expertise enriched the session with their valuable suggestions.

On this occasion, the new members of IMPAR Steering Committee, Executive Committee, State and Global Council were welcomed onboard.

IMPAR says its objective is to work for social and economic uplift of Muslims, and change the perception about the community in the society. Its major focus is on the empowerment of Muslim youth, bringing them in the economic, social and national mainstream of the country by removing impediments created by both internal and external factors.