Gandhi was the world's most successful communicator: Prof. Shukla 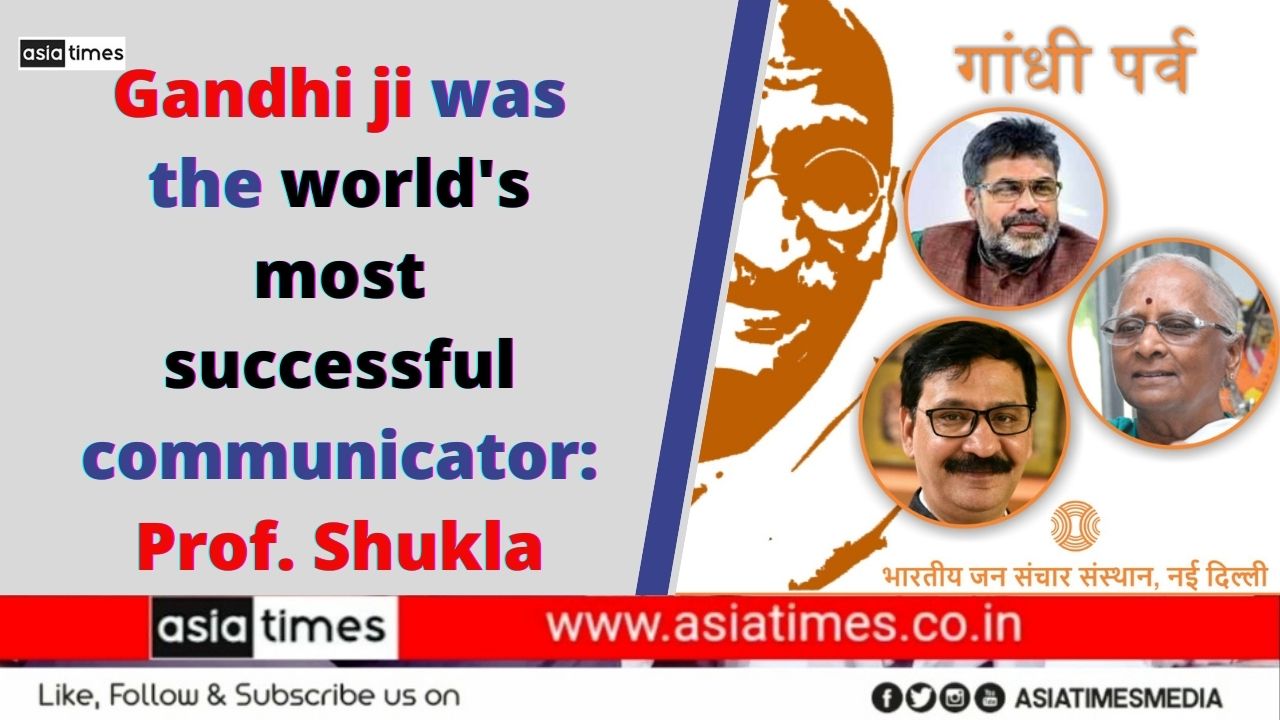 New Delhi, 1 October:  "As far as the objectives of communication are concerned, Gandhi was the most successful communicator in the world and this virtue enables him to reach out to the lowest strata of our society”, said the Vice Chancellor of Mahatma Gandhi International Hindi University, Wardha, Prof. Rajneesh Kumar Shukla in a webinar organized by the Indian Institute of Mass Communication on the eve of the

151st birth anniversary of Mahatma Gandhi. Speaking on the theme “Gandhi as a Communicator”, he said that from intrapersonal communication to cross-cultural communication, Gandhi did various successful experiments with the entire process of communication.

Prof Rajnish Kumar Shukla was the chief guest of the webinar which was part of a two-day celebration named ‘Gandhi Parv’ organized by the institution to mark the celebration of the 151st birth anniversary of Mahatma Gandhi.

The webinar as a tribute to Gandhian thoughts and philosophies was attended by Smt. Indumati Katdare, Vice-Chancellor, Punarutthan Vidyapeeth, Ahmedabad as the keynote speaker who spoke on Gandhi’s contribution to education.

She emphasized that though Gandhi was born in 20th century, he was the sequel to the rich tradition of our country that came from ages. Speaking on the importance of education for an empowered society she emphasized the concept of “Fundamental Education” given by Gandhi.

The webinar was chaired by Director General, IIMC Prof Sanjay Dwivedi who gave a unique concept of “Digital Satyagrah” and stressed not to type, like and share fake, obnoxious content on social media as a new learning from the three monkeys of Mahatma Gandhi.

Speaking in the webinar he urged to initiate a new non-cooperation movement against fake news and mal-information to have a more prosperous society.

Additional Director General of the institute Sh Satish Namboodiripad was also present on the occasion. The webinar was convened by the Student Relations Officer of IIMC, Smt Vishnupriya Pandey. At the end of the event, Mrs. Navneet Kaur, Course Director of Indian Information Service thanked all the speakers.