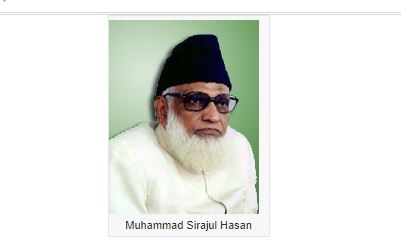 New Delhi:( Asia Times News Desk) Ex National President of Jamaat-e-Islami Hind , Maulana Muhammad Sirajul Hasan passed away today at his native place in Karnataka . Previously He was the Ameer-e-Halqua of Mysore Karnataka from 1st August,1958 to 6th April, 1984. Afterwards, he was appointed as the Secretary of Markaz Jamaat and held this post till he elected Ameer for the term 1990-94. Previously, he also served the Jamaat as its Acting Ameer for about half a year. He was re-elected Ameer of the Jamaat for the terms 1995-99 and 2000-04.

(This Report is based on social Media  Information )