Dear PM , Farmers are our Future

The havoc that splashed in the lives of farmers and in the agri-sector erupted the “national catastrophe farmers” due the Farmers’ Bill 2020 that was passed on September 20, 2020. 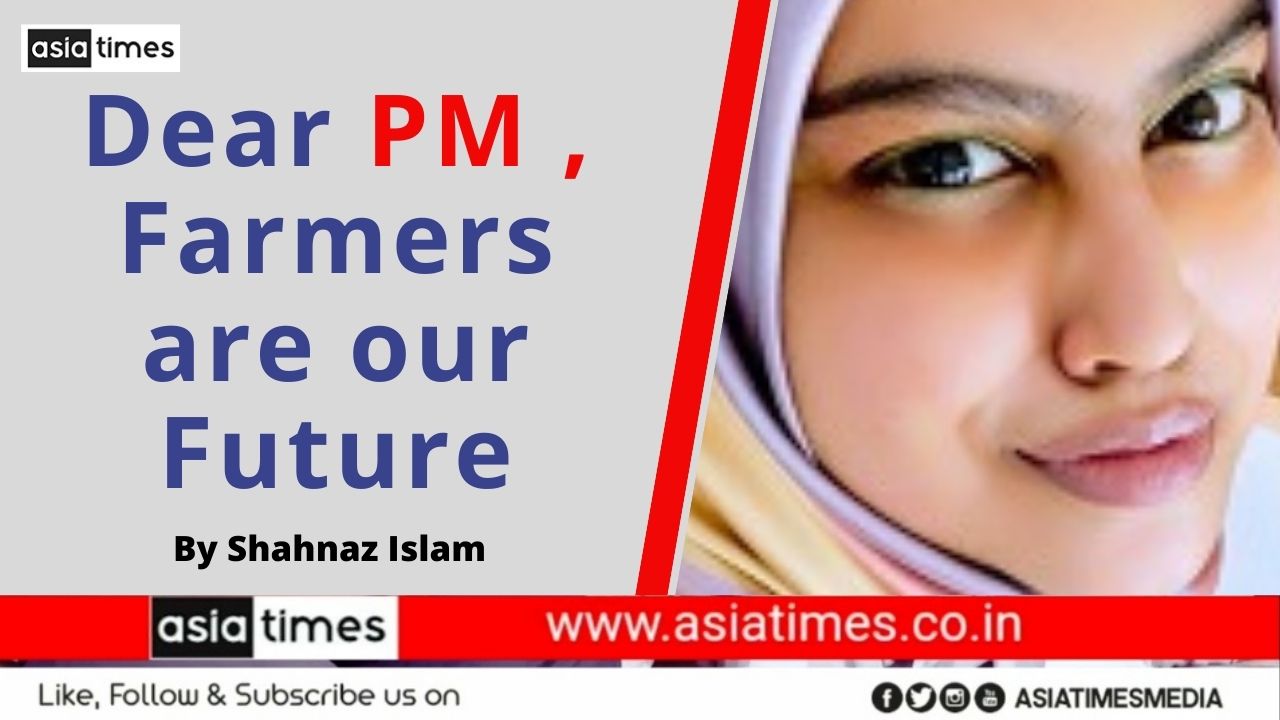 By Shahnaz Islam
Not the novel coronavirus but the farm act, 2020 is on verge of an Epidemic Diseases (Amendment) Bill, 2020. The slate lives of farmers are so easily unseen and the miseries are leading to farmers’ perturbations more and more. The daily rise in numbers of Covid-19 cases has shadowed the suicidal records of farmers but its pain and turmoil is unveiled. 42,480 farmers succumbed to suicide out of despair to fight to live a healthy debt free life.
India treasures 140 million hectare of land as sole for agriculture; according to data of 2012-13; but over the years, this area has been fragmented into smaller pieces of land and it is called the second largest in the world, after the United States to be known for its arable land area of 159.7 million hectares (394.6 million acres). It contributes to nearly one third of India's GDP and provides livelihood for the major Indian population. However, the crises are not only with the system and with the changes around but it is prevailing in all the manhood. In this android world today, farming or agriculture is no more a respectful profession. The farmers themselves do not want their children to become a farmer. No one chooses farming over professional jobs in any sector.
The crises are even bigger than what the government and citizens anticipate. About 80% of farmers in India are marginal (less than 1 hectare) or small farmers (1–2 hectare) category. Our agriculture supports about 60% of employment but contributes only 17% to GDP. Soon farmers may be a history.
The havoc that splashed in the lives of farmers and in the agri-sector erupted the “national catastrophe farmers” due the Farmers’ Bill 2020 that was passed on September 20, 2020. The changes brought by the Centre, which aimed at allowing selling produce directly, the farmers are protesting against the three new farm bills. The farmers are unhappy with the new farm bills. The farmers’ perturbations have mostly been around the issue of mushrooming the MSP (minimum support price) and stiffening the APMCs (Agricultural Produce Marketing Committee). But these are paper based aims and far reach in realities.
Since APMCs are not functional for real farmers the question of MSP doesn't arise at all. To sell or nourish farms, the farmer has to leave the farming community at the mercy of rich corporations. A massive people’s surge led protest marches, agitations and collecting two crore farmers' signatures for a memorandum against the legislations to be submitted to President Ram Nath Kovind.
India is among the top three global producers of many crops, including wheat, rice, pulses, cotton, peanuts, fruits and vegetables but yet farmers are facing challenges to sustain their lives. Notably the remaining chunk of population is dining three times a day because of farmers' hardworking. The agricultural sector is more prone to climate factors than any other system running by the nation. The climatic schedule is uncontrollable by men, but a men can control their own system. One can choose to ease the agitation of farmers and bring peace in the country. Farmers farming are for all kinds of humans - rich and poor, powerful and powerless - all simply need to eat. At crucial hours if we cease to unseen the misery and horrible conditions of farmers; then we may predict not to cherish the future for our children; because No Future exists without the farmers.
[The author is an advocate of Guahati High Court, a freelance writer and a poet]