Is there in Islam a political Islam? 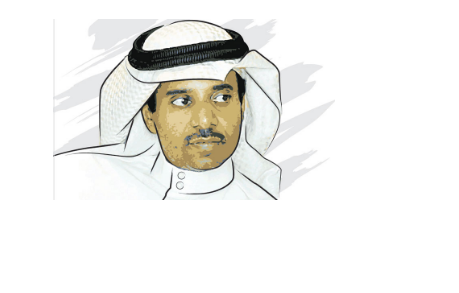 Once I had a conversation with an enlightened expert in Islamic movements. Here’s a summary of what I learnt.

I asked: Is it permissible to support political Islam?

— Is there in Islam a political Islam?

* I meant the parties and Islamic groups that operate in politics and seek to govern?

— Who says a Muslim cannot govern or work in politics?

* They are not just "Muslims", but "Islamists" — i.e. organized groups that began by propagating Islamic values, then went into politics, and are now running political parties to engage in the new democratic process.

— But how can you be Muslim and democrat at the same time? Democracy is based on pluralism — equality among representatives of all citizens, governed by a man-made constitution. Islam, on the other hand, is one umbrella that safeguards the rights of minorities, but the rulers are Muslims and the rules are Islamic. So how can people with such faith work in the framework of a democratic system that violates their faith?

* Then how can they peacefully govern?

— What kind of governorship do they seek? The un-Islamic?

* What is the solution, then? Is it not better than to be governed by such a system?

— The solution is to change the system of government to Islamic, by seeking only to be in the legislative and judiciary branches of government, and civic institutions. From there, they could change the system to be effective and Islamic. The system, then, will choose the best person for the job based on his/her appropriate qualifications, not ideological or political affiliation.

* So, Islam is the solution?

— Let us be more precise. I would say the mind of a Muslim researching his heritage and environment for homegrown solutions is the solution.

— This Greek term means "rule of the people". In Islam, the ruler is the Emir of the faithful, supported by Shoura Council, following the rules of Allah.

— The Shoura that chooses or dismisses a leader is binding, but when offering suggestions and solutions, it is not. Scholars should research this, as well.

* There is research in the Islamization of the democratic process.

— Back to importing solutions? This makes our Ummah like a girl who covers her hair with Hijab and forgets about the rest of her body. She seeks to please both God and people!

* So we are facing a setback for the Islamic movement. Will we see a repetition of the Algerian experience, when the army turned against the Islamist winners in 1993 and pushed them to terrorism?

— Every experience is different, and I pray that it is not repeated. But I fear that the failure of major Arab Islamist parties may affect the credibility of competent Islamist candidates. As always, Shariah enemies will use the opportunity to fight its implantation under the pretext that it represents political Islam. And their pluralist democracy will make exception when it comes to Islamists.

* When you say “failure of major Arab Islamist parties”, do you mean to dismiss the conspiracy theory that an alliance between the liberals, deep state, and foreign powers conspired to fail Islamist governments?

Winning parties should have been wise, generous and humble enough to include the losers and give away some of their spoils. What happens when you don’t do that is you make enemies who would conspire against you. And not to forget that when the head of a state and a few of his aides are out, a whole body is still there. Either you replace the body’s vital organs or win them over. They won’t allow you to rule if you don’t.

These parties rushed into a predicament and didn’t study how they would manage it, or, if they failed, find their way out. They bet on a system of government they did not really believe in or improved. It would have been wiser to leave it to others and learn while sitting in the opposition seats.

After the experience matures and develops sound mechanisms, then they may participate. But not under the banner of religion, we are mostly Muslims, rather with efficient management and good governance, integrity, and honesty.

* So don’t you see any glimmer of hope in what is happening?

— I hope that we come out of this experience with an awakening. We need thinkers who would find in our heritage and environment a good Islamic governance system that suits our present and future. It doesn't hurt to learn from the experience of others, as long as it is not “copy and paste.”

And I hope that voters will realize that job qualification and decency is what is required for government and management. Religious knowledge and administrative efficiency may come in a desirable package, but it is not a necessity.

— Dr. Khaled M. Batarfi is a Saudi writer based in Jeddah. He can be reached at kbatarfi@gmail.com. Follow him at Twitter:@kbatarfi