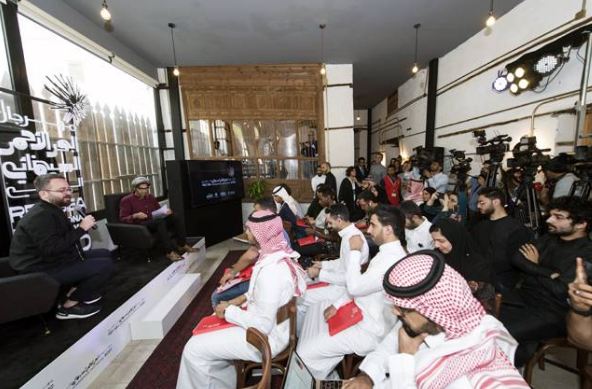 JEDDAH — Mahmoud Sabbagh, Red Sea International Film Festival director, said that the features of Saudi cinema has begun to take shape in a noticeable way as he announced the "New Saudi Cinema" program listing at a press conference on Monday.

A total of 107 features and shorts will be screened starting March 12 as the platform to present new talents that paint the features of the cinematic scene in Saudi Arabia, and preparing to launch its work to the world will feature here.

The festival, on till March 21 at UNESCO’s World Heritage Site, will shed light on local talent as well as bring in a diverse selection of films to Saudi Arabia.

“I think cinema in the Kingdom is making its way through self-initiated initiatives from its makers, and we have started to get to see the features of the Saudi cinema,” Sabbagh said, adding, “In 2016 there was only one Saudi feature film, while in 2018 and 2019 the number of Saudi films have exceeded 20 films.”

Sabbagh stressed the importance of criticism as a tool that evolves cinema, allowing filmmakers to improve its content. He affirmed that "Shams Al Maaref" movie earned the right to display the opening in a well-deserved manner, explaining that the choice of the film was not based on any compliment.

As for censorship, he said, "I am surprised at the tolerance of censorship in commercial cinema, and at the festival we will be more tolerant.”

Sabbagh announced that tickets for attending shows at the festival will be cheaper than commercial markets, and ticket sales are scheduled to open to public on Feb.23, stressing that the festival is open to all to attend various workshops and shows.

Currimbhoy, meanwhile, described his journey on working at the first international film festival in the Kingdom as ‘inspiring’. He said, “It was inspiring working with some amazing artists from the Kingdom and it is like no other place in the world.”

The competition selection this year opens a window to the world with all of its current challenges. Prevalent themes are the advancement of women's rights with an intense look at the scourge of domestic violence, as well as immigration, in particular, concerning marginalized individuals.

The head of the competition jury will be American three-time Academy Award winner Oliver Stone.

"It's pleasing that we are bringing these great quality films discussing social issues of the day, said Sabbagh. "We have a strong desire to push diversity, particularly in women's position in public spaces, and for a more open society. The films present a strong look at what makes society function and the relationship between the individual to patriarchy and hegemony."

Under the theme of "Transmissions", a masterclass series will be led by Arab and international cinema icons, who will pass on their knowledge, inspiration and experience to young, aspiring filmmakers. Among those presenting sessions are Spike Lee, William Friedkin, Abel Ferrara, Khairy Beshara and Yousry Nasrallah.

The pulse of next-generation talent can be seen in a carefully curated selection of short films produced or directed by the most exciting up and coming Arab contemporary voices. With a focus on diversity and innovation, the shorts competition offers a place to discover something new and to connect with the creators.

Inaugurating the first edition of the Festival is the newly built Coral Theater with a 1,200-seat capacity. Also at the newly built festival complex are four more theaters, one at 240-seater capacity, and the remaining three with 120 seats. A special masterclass on virtual reality and immersive art, 'On Site, On Mind' will be led by Vishal Dar, Joan Ross, Nic Koller and Weston Rio Morgan.

Furthermore, the festival will be exhibiting "When Fellini Dreamt of Picasso" in collaboration with Cinémathèque Française, celebrating 100 years since the birth of the great Italian filmmaker. The exhibition sheds light on the story of how many of Fellini's films were inspired by Picasso's paintings, though the two great artists had never met.

With scenes shot in Makkah, the festival will host a very special screening of Spike Lee's 'Malcolm X', on March 13. 'The Choice', one of Youssef Chahine's iconic films has been restored by the Red Sea Film Foundation.

A series of industry panels titled "Perspectives" will bring together filmmakers from around the world to explore trends, ideas and issues shaping the industry today. These discussions will touch upon the animation industry, the new Saudi independent film scene, Arab international cinema, exploring European/Saudi co-productions and finally, the future for Arab film production.

Sabbagh added: "We have worked hard to ensure that the films being presented showcase Saudi Arabia's emerging film industry, and encourage a more open cultural exchange. This isn't just about exporting our stories; we are bringing different perspectives, new conversations into Saudi Arabia too."

At this year's festival there will be cash awards totaling $250,000 for films in competition. The Golden Yusr Trophy for Best Feature carries a $100,000 cash prize and the Silver Yusr Trophy for Best Director comes with a $50,000 award. In addition, a Silver Yusr Trophy will be awarded for Best Screenplay, Best Actor, Best Actress and Best Cinematic Contribution. A prize of $50,000 will go to the winner of the Audience Award. An additional Golden Yusr Trophy will be presented to the Best Short Film, which also brings a $50,000 investment for a future project plus a five-month creative residency in Jeddah's Old Town. 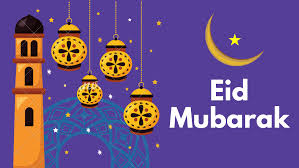